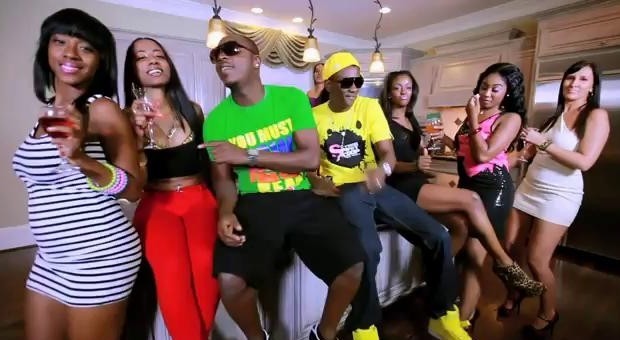 Mensah A. Blaise alias Barabas et Fantohou K. alias Master make up the Togolese group, Toofan. They are widely popular in Togo and Francophone West Africa and primed to become major players on the African music scene as well. Toofan are undoubtedly one of the most promising groups in Africa. Their musical style is called “Ogbragada” is a combination of rap and urban music.

In 2005, the Toofan released their first single, “Epervier Ogbragada” to support the national football team of Togo, the Hawks. It was in tune with “Epervier 2006”, which honored their team who had qualified for the World Cup 2006 in Germany. The song became the anthem of all Togolese supporters. Toofan flew to Germany to represent Togo in musical shows of the World Cup. Back in Lomé, they released their first album: Obragada 2006. It became an instant hit!

In 2007, they released a second album called Confirmation and to thank their fans, they organize a big concert at the Palais des Congrès de Lome. This increased their popularity and won over Togo. In October 2007, they launched the single ‘Parlé, Parlé which became a massive hit. They performed alongside famous Ivorien group, Magic System during their concert on December 25, 2007 in Lomé.

In late 2008, the single, ‘Attaquant‘ was released. It started to get airplay on French music channels as Toofan’s international stardom shone. In 2009, Barabas et Master released another hit, ‘Déloger‘ from the third album, ‘Carte de visite’. The single was number 1 in the Top Trace TV Africa for many weeks.

Toofan has also remained a conscious music group, as evidenced by the song “A.I.M.E.S/AFRIQUE”, which praises doctors’ work in promoting good education and health in Africa. Some other singles like ‘La vie là-bas’ and ‘Poches vides’ talk about their dreams and hopes.

They undertook a two-month tour in the United States before performing on 2nd February 2010 at the Zenith in Paris for the first part of Fally Fally, and then they filled the 15,000-seat municipal stadium of Lomé on December 25, 2009. They have also performed in Dakar, Cotonou, Abidjan, Niamey, and various places in France, etc.

The group was nominated for the KORA Award for Most Promising African group in June 2010 in Burkina Faso. They were nominated for the Best Artist of West Africa (Kundera GOLD 2010) alongside Ghana’s Barima Sidney and DJ ARAFAT of Côte d’Ivoire.