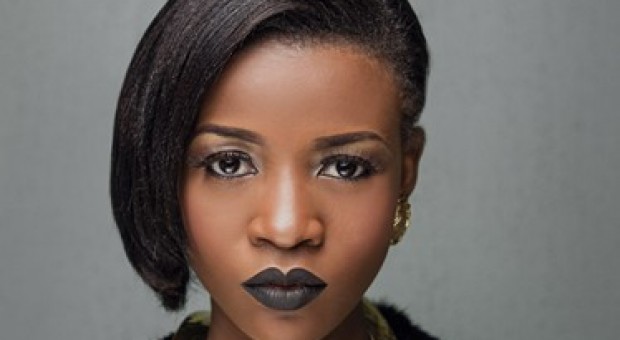 Tomi Odunsi recently shot to fame by playing the character Salewa on the Mnet show Tinsel. The Nigerian TV series has become a hit and so has Odunsi’s outspoken character on the program that also features Chris Attoh and Lizz Njagah. While she only appeared for a short time in the program her impact was huge.

At 26 years old, Odunsi is just starting her career although she has been active in the music industry with her debut single From Tomi With Love: Back to Music last year and her new single ‘I Wan Blow’ which is already available online and is due to be released this year. Tomi is also known for the singles Mi o le think and Under. She describes her musical style as RnB with some funk afro-soul and has been involved in the #OneMicNaija project that helps to promote Nigerian music and hosts live performances from Nigerian artists.

Odunsi has also appeared in numerous live musical performances including: The MTN Industry Night, Marcquee hosting Tuface, Soundcity Awards, the Inspiration fm Christmas funfair and the Deola Sagoe Christmas lunch. Aside from her most well-known acting role as Salewa in the soap opera Tinsel, Tomi has also appeared as Toju in Fractures which she also Sope in Oluronbi: The musical I and II and Ope in Part III.

Not content with just acting and singing career, the Nigerian national has set up her own organization – the Tomi Odunsi initiative (TOI). Tomi established the organisation to help young people in her home city of Lagos, Nigeria to identify and use their gifts to get them out of poverty. The 26 year old has also recently been made an ambassador for The Hacey: HANDS UP FOR HER project due to her volunteering and humanitarian work.

This girl has totally got Africability. Watch out for her.