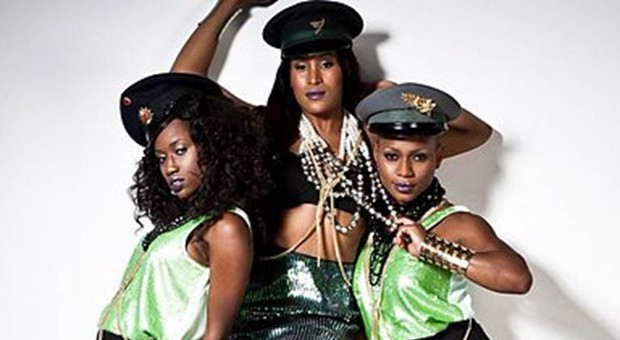 With both Nigerian and South African ancestry, the British dance crew CEO Dancers has recently lit up stage on UK TV show, Britain’s Got Talent as well as having a host of live performances and music video appearances behind them.

The lineup for a group consists of 3 girls from East London: Njobile Ntshangase, a 24 year old stylist, Ezinne Asinugo, a 22 year old student and Soliat Bada a 23 year old sales advisor and their recent performances in front of Simon Cowell, Amanda Holden, David Walliams and Alesha Dixon has brought them huge praise. The group is not new to performing in front of an audience and they have been together for almost three years. Before they performed in Britain’s Got Talent their biggest show was the Hackney Weekend where they were on stage alongside D’banj, a Nigerian singer-songwriter who is internationally known for his song Oliver Twist and his host of African music awards.

The group was eventually eliminated at the semi-final stage of the 2013 Britain’s Got Talent however they received wide praise for their performances on stage and they provided the opening to the semi-final show with Simon Cowell commenting afterwards: “Not only the best opening we’ve had but the best dance act on the show so far … I could wake up to that every morning.”

The three members of CEO Dancers have been training in different dance styles from contemporary, street and ballet and they have tried to combine this with their Nigerian and South-African roots to create a unique dance routine. They have already worked with popular artists such as Iyanya, 2face, Dr Sid, MI, Lola Rae and Tiwa Savage and have performed at the Koko Concert 2011, Africa Tour 2011, Wireless Festival 2012 and with artist D’banj at the HMV Hammersmith Apollo.